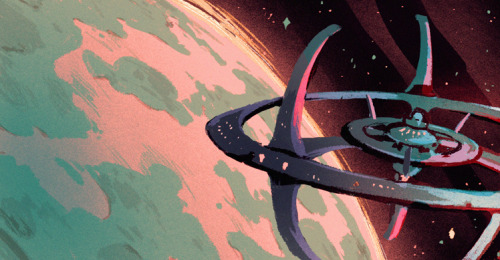 If you'd like a card from me for the holiday season, please leave a comment below with your address, and any holiday(s) you're celebrating (so I can know what sort of message to write in your card).

All comments will be screened so your address will stay private.

I added a *ton* of people over the summer, and have been having trouble keeping up with my flist. So I've removed a few folks who I've never ended up clicking with.

Wishing you all well.

I've had this fanmix on the brain for a while, and spent a long time choosing the songs, so I hope you like it! When choosing the songs, I paid attention to both the sound and the lyrics, and chose the songs that to me most clearly evoked the feeling of the series, of the characters, and of District 12. Spoilers for all three books below the cut; songs follow the order of events in the series, for the most part.

Friends Cut
Has Been Completed

As I mentioned before, I really only cut people who haven't posted in months or with whom I've never connected.

If you can't see this entry, you've been cut.
Please remove me from your flist.
Let me know if you'd like to be readded.

I don't really have much from real life to talk about. Went to get fingerprinted today, so I can apply for my FBI police records. It's annoying because I have to send the application to the FBI and then when I get the record back and send it to the State Department to get the apostille, and then take it to Spain and do lots more. Even worse, all this paperwork for my visa costs hundreds of dollars between the various fees.

I also went grocery shopping and then to the gym. I just walked on the treadmill for a while, but it was very nice. It's amazing how much working out helps with my depression. I have my training session tomorrow so Bob can show me some resistance exercises. Woot!

Moving on:
24. Rant about Steve Kloves something

Well, I think everyone already knows how much I hate Steve Kloves, so I'm going to rant about something else.
( Collapse )

01. Discuss how you got into Harry Potter
02. Your favorite book
03. What house would you be in?
04. Your favorite movie
05. Wizard Rock: discuss
06. Your favorite character(s)
07. Song that reminds you of HP
08. Your favorite ship(s)
09. Fanfiction: discuss
10. Favorite book moment(s)
11. Character you're crushing on
12. Favorite movie scene
13. Least favorite character(s)
14. Moments in the books/movies that made you cry
15. Whatever tickles your fancy
16. How have you participated in the fandom over the years?
17. Your favorite celebs from the movies or fandom
18. If you could change one thing about canon, what would it be?
19. A favorite fanart
20. A favorite quote
21. How has the HP fandom connected you to other fandoms, interests, or people?
22. Your favorite villain
23. Share some HP icons
24. Rant about Steve Kloves something
25. Song that reminds you of HP
26. What aspect of the books has been best translated to film?
27. What aspect of the books has been most poorly translated to film?
28. Hogwarts subject you would most like to take
29. Favorite location
30. Whatever tickles your fancy

Had to start with a GIF in celebration of the epicness of this weekend. Well, not the whole weekend, but one particular part. So, Danielle have been meaning to go see The Runaways for a while. (Technically since we were in the theater watching the trailer and she was like "WHAT?!?!? You don't know who Joan Jett is?") But we haven't been able to go the past couple of weeks because we've been busy and she's been sick and then it stopped showing in Evanston so we were going to have to go downtown to see it. Well, she called me yesterday at 5:45, because she had just gotten my text of the day asking if she wanted to, and we decided to make a run for it, because the showing was at 7. We changed, grabbed food on the go, and hopped on the train. We got into the theater (which is on the near north side) all of 30 seconds before the movie (not the previews) started. So that was an adrenaline rush...

After Danielle and I got out of the movie, we were so full of energy and were practically running down the street in the rain. It was so gorgeous being in the city in the rain. Being on the El reminded of the scene in Adventureland when the guy is on the bus to New York in the rain. We of course proceeded Joan Jett's example of badassery by studying, because we're total Nerdwesterners, but we did name the ladybug in Danielle's suite "Joan" and proceeded to chat with her while we were working.

So other than that fun adventure, my weekend was okay. I got a decent amount done. I read Sam Watkins, and absolutely loved it. I kind of already had a sense that I would like him based on the quotes that Ken Burns used, but I was pleasantly surprised to find that I really loved it. I was funny and touching and well written and not extensive. It almost makes up for the pain of Mary Chestnut. (It would if I didn't have to read Chestnut again... blech). It was a really illuminating work for me to read as I continue to study Southern history and it will definitely stay on my bookshelves after this quarter.

Other than that enjoyable reading, I read two articles for poly sci that I was behind on, in preparation for the midterm. I also did laundry and cleaned my room a bunch (with the excuse that a prospie was going to pop in to see it). And now things look so much nicer. My closet actually looks organized, and not like a waste site. And I can see my floor! Although my room is also stifling humid because of the laundry. I'm so tired of living in this tiny space and constantly tripping over everything. I'm definitely ready for the quarter to start wrapping up, which is not so good because I still have 5 weeks of class left. Stupid Caroline has finals this week and I'm just doing midterms. I am so not looking forward to this week, although I'm not terribly worried about the exams themselves. But I'll have to put a good amount of time into those, and I have a long book to read for spanish and a paper to write for next Monday, which I will probably write on Sam Watkins. Wish me luck, as I am about to embark on mid-quarter insanity.

After I finish this post, I'm going to watch Brothers and Sisters, which I've recently gotten back in to, and then probably start some reading for this coming week. I really don't want to start this week, but I know it'll go by as quickly as any other. I hate being at school because I feel like time is so distorted, like it is unfathomably fast and yet unbearably slow at the same time. I kind of wish college was a little more enjoyable. If college is the most enjoyable time of your life, then my life is going to suck. I honestly hope that's not true.

Well, that's a depressing note to end on. How about a happy one? Like more KStew...

Also...SCATTER!!!!!
(If you've seen the movie, that will hopefully make you laugh.)