Prom was amazing! For that matter, so was After Prom, although I was too tired too enjoy it as much as I could have. Don't have much to say at the moment, so I'll just post some pictures and comment about them. I acutally didn't take too many pictures at prom because I was so busy having fun. Under a cut, of course, because there's lots of pics and none of them are what you would call small.

Note: I increased the font size to make it easier to see the notes between the pictures. I'm sorry if this bothers anyone.

To start off traditionally, here's me with my date, Jeremy, in front of his house:

All of the girls:

All of the girls, having some fun:

The BFF's: Me, Caroline, Christine, Hayley, and Caitlin

And again. Btw, Hayley and Caitlin made those dresses themselves:

The Science Olympiad Trio: Sophie, Jeremy, and Me
(Sophie also made her dress)

And my favorite: the Parent Papurazzi:

Some Pictures I Took At the Constitution Center (which was beyond amazing!)

With My Friend, Chloe:

With My Very Close Friend, Shawn:

My BFF Caitlin with her BF Phil, at Dinner:

Also, the Hall of Signers was open, so we had a bit of fun with the bronze statues of the lovely men who signed the Constitution.....

Alex and a random Framer:

Sophie gets cozy with another Framer:

Ben Franklin tries to seduce me like the womanizer he was:

Sophie and I chill with Alexander Hamilton, who was so arrogant that his statue literally has its nose in the air:

And finally After Prom. It was amazing; I never would have imagined our gym could look so cool! The whole thing was set up like a boardwalk and there were all sorts of cool games and stuff to do.

Two pictures attempting to show the awesome set up. They look a little fun because I had to brighten them so you could see anything:

Alaina and Mollie, with the inflatable guitar that Alaina won (and then proceeded to whack people on the head with):

Christine and Phil (with the really cool hat that went with Phil's tux, but which Christine wore most of the time): 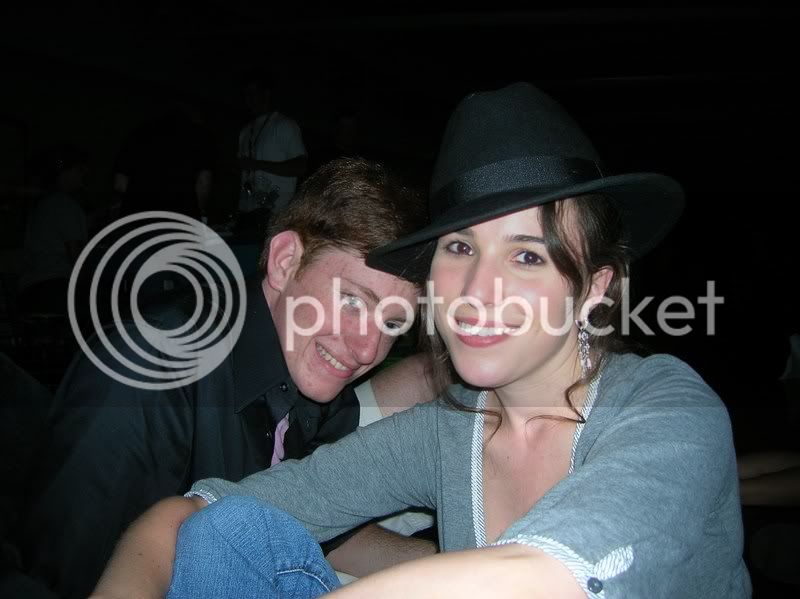 Well, that's it for this massive picspam. I hope you enjoyed it. Yay for Prom; I'm so sad its over, it went by so quickly!